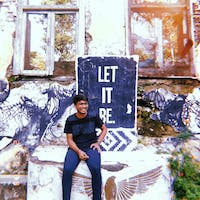 This blog explains the fundamental concepts that JavaScript relies on to handle asynchronous operations. These concepts include Callback functions, Promises, and the use of Async, and Await to handle deferred operations in JavaScript.

So before we decode the comparison between the three, let's get a brief understanding of synchronous (blocking) and asynchronous(non-blocking).

Difference Between Synchronous and Asynchronous

To understand this, let's say you want pizza, but your wife wants Chinese food and your kids want burgers.

Synchronous functions will always happen in the order that you told them to. That is, one function will not start until the last one has finished.

Asynchronous functions won't wait for other functions to start or finish; they'll just do what the function does as fast as they feel like doing it.

There are different ways to handle the async code. Those are callbacks, promises, and async/await.

The following shows the syntax of the Promise.allSettled() method:

So in this post, I would like to help you to understand what callback functions are and how to use them in JavaScript by going through some examples.

What is a Callback Function?

In JavaScript, functions are objects. Can we pass objects to functions as parameters? Yes.

So we can also pass a JavaScript Callback Function parameter to another JavaScript function. Let me show that in an example below:

The above code represents a Javascript function.

To understand how functions work, check out my other blog JavaScript Functions.

This method of passing in functions to other functions is used in JavaScript libraries almost everywhere.

The common name for the function passed in is a callback function.

In computer programming, a callback is a piece of executable code that is passed as an argument to other code, which is expected to call back (execute) the argument at some convenient time.

We will come back to synchronous and asynchronous callbacks in the subsequent sections.

To understand what I’ve explained above, let me start with a simple example. We want to log a message to the console but it should be there after 3 seconds.

There is a built-in method in JavaScript called setTimeout, which calls a function or evaluates an expression after a given period of time (in milliseconds). So here, the “text” function is being called after 3 seconds have passed. (1 second = 1000 milliseconds)

Callback as an Arrow Function

If you prefer, you can also write the same callback function as an ES6 arrow function, which is a newer type of function in JavaScript:

The output will be the same as above.

The problem with callbacks is it creates something called Callback Hell.

Prior to the start, let's understand the actual syntax of it.

A promise in Javascript is just like a promise in real life, what you do is you commit something by saying I promise to do something, For example : I promise to make the best blog on promises, and then the promise either has two results:

Now let's look at the actual syntax of creating a promise.

A promise is created using a constructor that takes a call back function with two arguments.

In the above code, if the promise is true then we resolved success, else rejected.

So in our created promise condition was true and we called p() then our console logs read:

So if the promise gets rejected, it will jump to the catch() method and console logs differnt message:

Callback functions have been used alone for asynchronous operations in JavaScript for many years. But in some cases, using Promises can be a better option.

If there are multiple async operations to be done and if we try to use good-old Callbacks for them, we’ll find ourselves quickly inside a situation called Callback hell:

However, if we handle the same operation with Promises, since we can attach Callbacks rather than passing them, this time the same code above looks much cleaner and easier to read:

The code just above shows how multiple callbacks can be chained one after another. Chaining is one of the best features of Promises.

Promise.all is actually a promise that takes an array of promises as an input (an iterable). Then it gets resolved when all the promises get resolved or any one of them gets rejected.

As you can see, we are passing an array to Promise.all. And when all three promises get resolved, Promise.all resolves and the output is consoled.

ES2020 introduced the Promise.allSettled() method that accepts a list of Promises and returns a new Promise that resolves after all the input Promises have settled, either resolved or rejected.

The returned Promise resolves to an array of objects that each describes the result of each input Promise. In turn, each object in the array contains two properties: status and value (or reason). The status can be fulfilled or rejected. And value (or reason) reflects the value which each promise was fulfilled (or rejected) with.

One of the biggest benefits of using promises is the way they allow you to handle errors. Fortunately, promises allow you to replace repetitive checks with one handler for a series of functions.

The error handling API for promises is essentially one function named catch. However, there are some extra things to know when using this function. For instance, it allows you to simulate an asynchronous try/catch/finally sequence. And it’s easy to unintentionally swallow errors by forgetting to rethrow them inside a catch callback.

This does include exceptions such as ReferenceError so that the following code runs perfectly fine, without ever letting you know that something went wrong:

What happens here is that the implementation of Promise wraps our function in a try-catch block. Instead of throwing the error and causing our interpreter to crash (but print a convenient error message at least), it catches it and marks the promise p as rejected.

In theory. In reality, though, it is very easy to forget to specify the .catch() handler at the end, have it in the wrong place, etc.

For that reason, Bluebird, one of the most popular Promise libraries, has a “default” onRejection handler which will print all errors from rejected Promises to stderr. This is a huge improvement and while it can still result in unexpected behavior because it doesn’t interrupt execution, it at least gives a hint where things are dodgy.

There’s a special syntax to work with promises in a more comfortable fashion, called async/await. It’s surprisingly easy to understand and use.

Await is basically syntactic sugar for Promises. It makes your asynchronous code look more like a synchronous/procedural code, which is easier for humans to understand.

The syntax of async function is:

Even though getPromise is literally empty, it’ll still return a promise since it was an async function.

If the async function returns a value, that value will also get wrapped in a promise. That means you’ll have to use .then to access it.

You can see that we use the “async” keyword for the wrapper function add. This lets JavaScript know that we are using async/await syntax, and is necessary if you want to use Await. This means you can’t use Await at the global level. It always needs a wrapper function. Or we can say await is only used with an async function.